Get To Know Your Council Members:

Get To Know Your Council Members:

North Dakota is divided into seven districts.  These districts elect a member to serve producers on the North Dakota Corn Utilization Council. Jason Rayner of Finley, ND represents those producers in District 2. District 2 is comprised of Cass, Steele and Traill Counties.

Rayner is a 4th generation farmer and a graduate of Finley-Sharon High School. He holds a bachelor’s degree in business administration from Mayville State University, where he also minored in accounting.

Jason and his wife, Renae, have been married since 1996. Renae plays a key role in the day to day farming activities like taking care of the books, running equipment, etc. and is integral to its operation. Jason and Renae were honored in 2015 as North Dakota State University (NDSU) Harvest Bowl County Honorees for Steele County. Together, Jason and Renae have two sons. 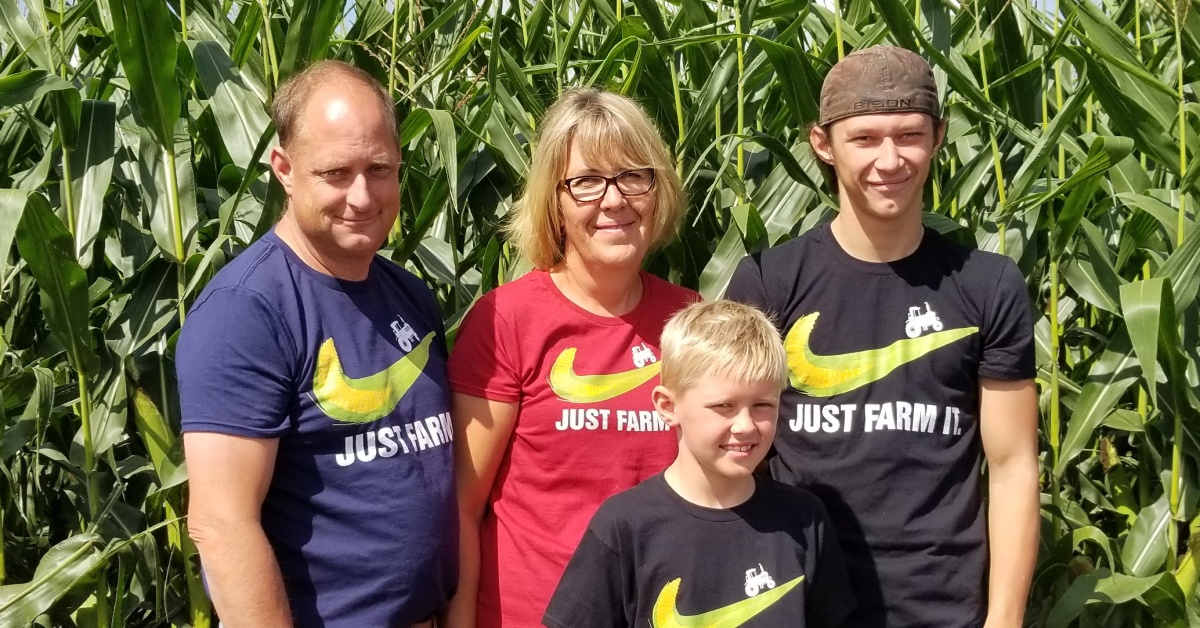 Jason with his wife, Renae, and their sons, Logan and Lucas.

Jason’s eldest son, Logan, hopes to return home to join the operation upon graduation from the University of Minnesota – Crookston where he is a freshman. Logan will be the 5th generation, and plans to bring a degree in business agriculture management and a minor in agriculture systems management to the table.

Lucas, the youngest, is now 10. “He is mowing and moving equipment, helping us get from field to field,” Rayner explains. “He is getting more involved all the time.”

Jason began farming in 1994, taking over for his grandfather at that time. The Rayner’s farm 5,000 acres of corn and soybeans near Finley. “This is truly a family farm,” says Jason. “My wife and sons help out all the time. My dad helps, and my grandfather, now 89, still comes to give guidance. It has always been a family farm. Without them it’d be awfully tough.”

Rayner is excited about the opportunity to promote corn use and make an impact on his community through his role with NDCUC. “I had been a county representative for years and wanted to be more involved. The industry has grown so much. I am excited about the chance to promote and educate, especially when it comes to ethanol, and be a part of the positive impact it is making on our community and state.”

In addition to serving corn farmers in North Dakota as a member of NDCUC, Jason sits on the Finley Lutheran Church board and the Dakota Rural Water District board. He also represents NDCUC on the National Corn Growers Association board. In his spare time, Jason enjoys time at the lake and dabbling in golf. He is a NDSU Bison fan, and also enjoys University of North Dakota (UND) Hockey.