The North Dakota Corn Utilization Council (NDCUC) was created in 1991 and consists of 7 members representing seven districts. The NDCUC oversees how North Dakota’s corn checkoff dollars are spent on research, education, and promotion of corn and corn products. Per the NDCUC election schedule, the 2022 spring election included board members and county representatives in Districts 3 and 4. 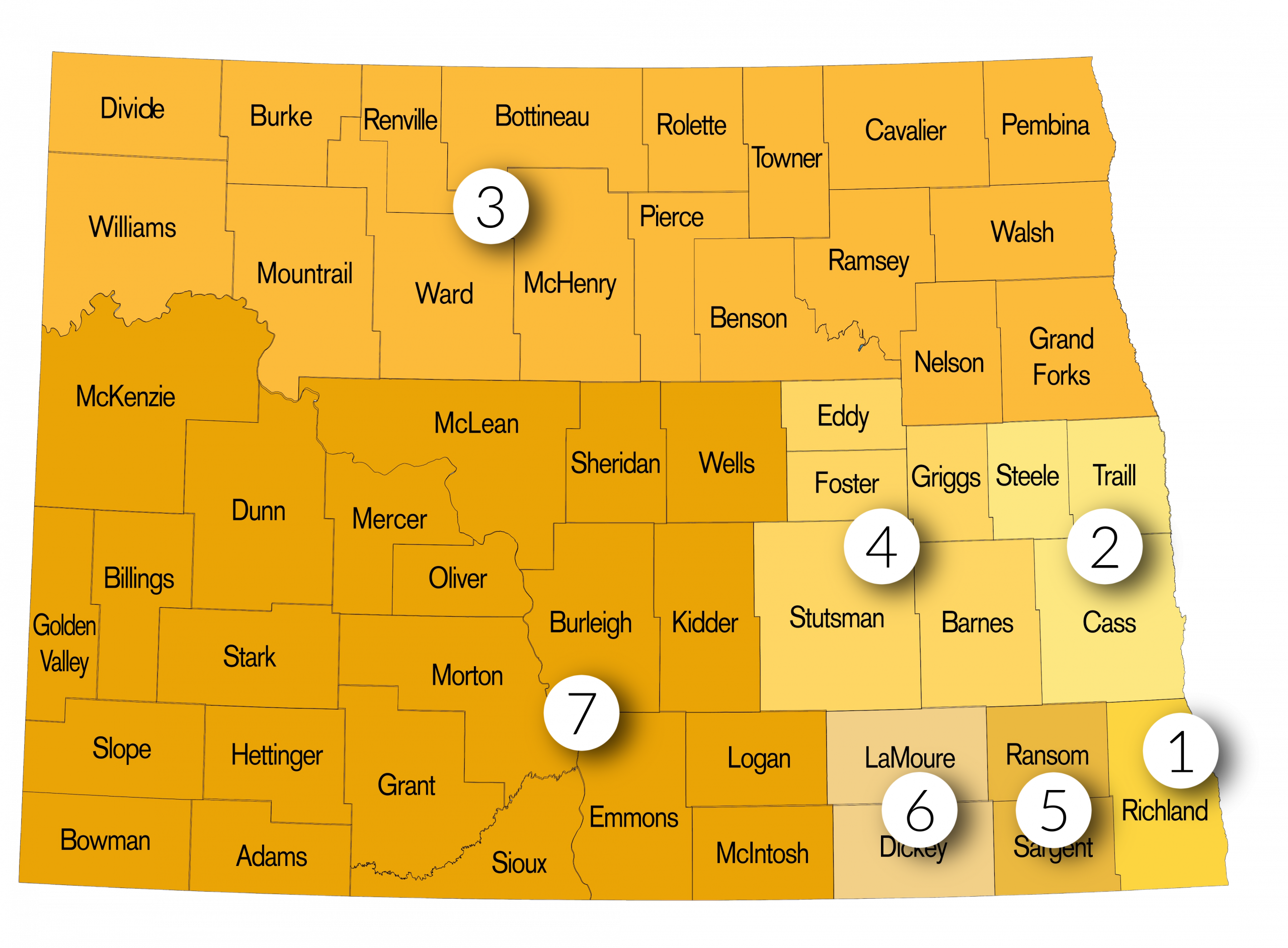 County representatives are elected by producers of the county they live in. The elections are based on a 4-year rotation. The North Dakota State University Extension is required by the North Dakota Century Code to conduct elections for the Corn Council. County elections may be held in conjunction with an event such as a county crop improvement day or as a separate meeting. County extension agents conduct the elections and canvass the votes. After being elected a county representative, the representative from each county in the 7 Corn Council districts shall elect one amongst themselves to serve as the Corn Council member from that district. Information from https://www.ag.ndsu.edu/ext-employees/commodity-elections

Individuals elected or re-elected in 2021 to represent their county in Districts 3 and 4 are as follows: 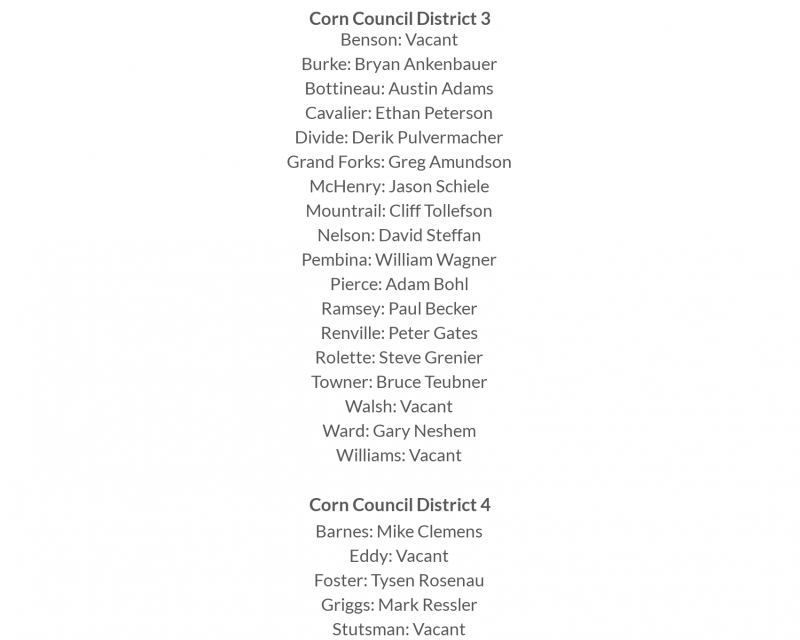 County representatives elected by their peers are eligible to serve two consecutive 4-year terms on the North Dakota Corn Utilization Council board. 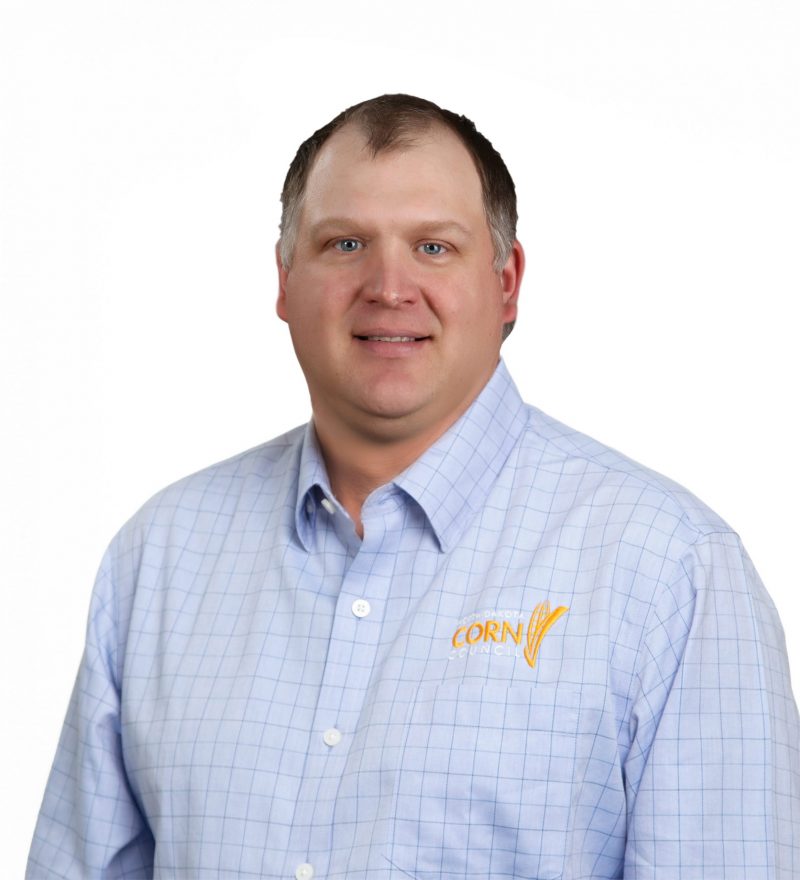 At the NDCUC District 3 election on March 17, 2022, William Wagner was re-elected by his peers to serve ND corn producers on the NDCUC board for a second term. William is a third-generation farmer living in Pembina County. After graduating from Neche High School and Northwest Technical college with a degree in farm business management, he returned to farm with his father. William currently farms 2,000 acres with his wife, Kaysie, and his father where they grow corn, soybeans, seed oats, wheat, canola, and pinto beans. They have been working with no-till farming practices on land that is prone to spring flooding for nearly fifteen years and made the decision to fully transition into no-till in the spring of 2017 after a very wet fall the previous year. William and Kaysie have one son, Logan, who also helps on the farm.

“I decided to run for a seat on the NDCUC because I thought it would be an interesting and eye-opening experience, and it has. I like having the ability to be involved in helping to bring additional markets and opportunities to North Dakota. Increasing value and revenue for our corn industry, supporting our corn growers in the state, and educating our consumers on exciting uses for corn, such as ethanol, are all very important to me,” shared William. “I am thankful for the work the NDCUC does, and I am happy to have the opportunity to be able to be a part of the positive impact it has on our state.”

At the NDCUC District 4 election on March 17, 2022, Tysen Rosenau was re-elected to a second term by his peers to serve ND corn producers on the NDCUC board. Tysen began farming alongside his father in 2011. The farm was established by his grandfather and is comprised of 6,000 acres of corn, soybeans, and wheat near Carrington. Tysen and his wife Markie have three children – Brayden, Ember, and Peyton. 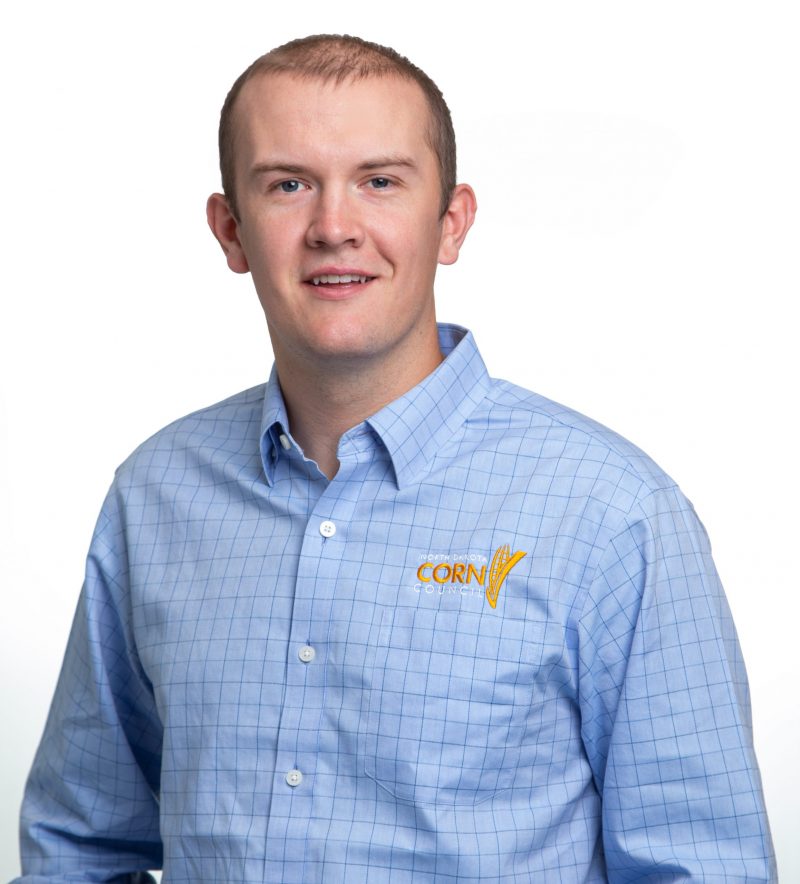 Rosenau is excited about the opportunity to help fellow farmers understand the value of the corn check-off in North Dakota. “Understanding how the check-off program works in our state and being a part of the allocation of checkoff funds to support research, education, and promotion of corn and its uses allows me to be a better advocate for farmers statewide. I hope to help others understand the power of our aggregated money.”

Tysen also takes a special interest in ethanol programming in North Dakota. “I am excited about the North Dakota Corn Utilization Council and North Dakota Ethanol Council’s joint effort to increase ethanol infrastructure in our state through the Unleaded88 Expansion Program as well.” Ethanol is an important part of rural economic development, contributing $623 million annually to the state’s economy and creating thousands of jobs across many sectors.

NDCUC County Representatives and Board Members in Districts 3 and 4 will begin their terms on April 1, 2022. These positions will be eligible for election in 2026. A full listing of the North Dakota Corn Utilization Council Board can be found HERE and North Dakota Corn Utilization Council District Representatives can be found HERE.